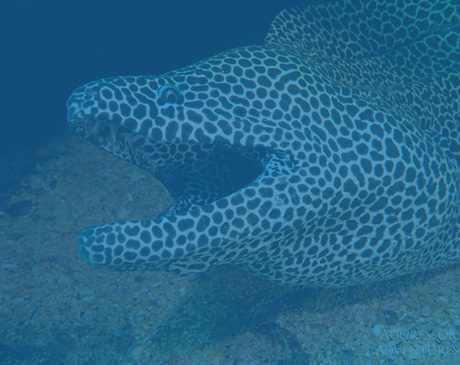 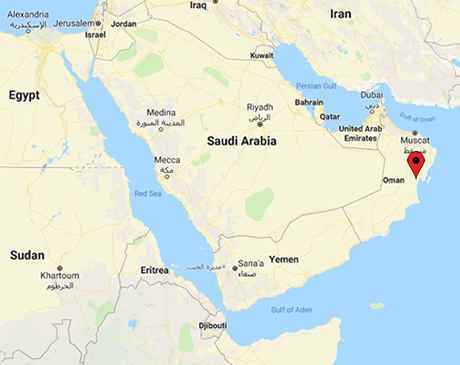 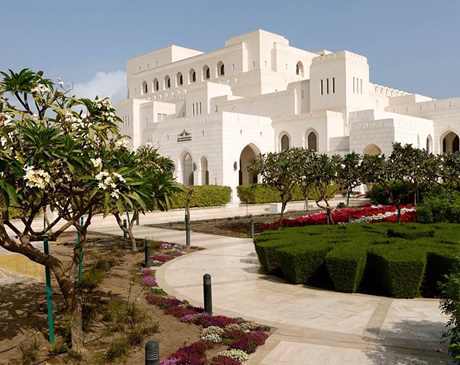 Oman Aggressor offers 2 uniquely different 7 night itineraries and a 10 night that combines the best of both. Charters depart from Al Mouj Marine or the Juweira Marina depending on the itinerary. 7 Night charters are Saturday to Saturday with an average of 25 dives through out the week and 10 night charters run Wednesday through Saturday with up to 35 dives.

Most all dives are from the tenders.  Up to 4 dives are offered each day. Each tender can take up to 11 divers. One trip to shore is offered during the week.

The Daymaniyat Islands are the jewels for diving in the Gulf of Oman. This string of small, rocky islands north of Muscat are encircled with awesome coral reefs down to 100 feet/30 m and tons of fish. Coral reefs cover up to 70% of the dive sites seabed with more than 100 different species of soft and hard coral of which no less than 10% are unique to Oman’s waters. Marine life is abundant with 280 different species of fish, varying from sting rays, turtles, moray eels, leopard sharks whale shark. Green sea turtles & hawksbill turtles are common residents of the Daymaniyat Islands. Bottlenose dolphins, spinner dolphins and sometimes humpback whales can be encountered rarely. The islands are a nature reserve and an important turtle nesting site as well as a sanctuary for migrating birds.

Aquarium -The Pearl of the Daymaniyat Islands where you can see everything. Fish in the thousands; schools of jacks, snappers, batfish, barracuda, red-toothed triggerfish. The variety of species is large; huge stingrays and eagle rays, turtles, leopard sharks, endless moray eels, scorpion fish, seahorses and numerous nudibranchs, cuttlefish, squid, and whale sharks can be seen.

Bandar Khayran - More than 15 dive sites are located within a series of coves and bays southeast of Muscat. Bandar Khayran offers a variety of different dive sites, from shallow coral reefs and swim-throughs to drop offs 100ft/30m. Spectacular soft coral (yellow and purple) and hard corals, giant honeycomb moray eels throughout the reef, lobsters lurking from beneath rocks, large sting rays lying covered in the sand, turtles and nudibranchs resting among the reef, pipe fish, and schools of fish in their thousands prowl around.
Visibility: up to 100 feet / 15 – 30 m
Depth: 32 – 100 feet / 10 – 30 m
Current: gentle
Water Temperature: 84 F / 29 C
Note: Thermocline below 32 feet / 10 m - Temperature drops down to 75 F / 24 C

Al Munnassir – Wreck - The Royal Navy of Oman sunk this 3000 ton vessel (276ft/84m) in 2003 as an artificial reef; she lies upright on the bottom in about 100ft/30m. Fish in the thousands prowl around; giant morays and grouper, large schools of snapper and goatfish as well as turtles and rays all now call this wreck home.

Fahal Island - One side of the iland is a rocky wall with broccoli soft coral and the other has a huge coral garden where turtles, eagle rays are seen and whale sharks during season.

Located off thesouth eastern coast of Oman, the islands are the paradise of untouched dive sites and home to pristine corals, wrecks and whales. New dive sites and wrecks can be discovered all the time. Diving highlights are undoubtedly the opportunity to see the resident population of humpback whales but also includes encounters with manta rays and sperm whales. Huge schools of dolphin are often seen as well as green turtles. Giant oceanic manta rays, giant groupers, giant catfish and mobulas are common encountered. The islands boast a healthy marine life with awesome coral garden and you will see fish in their thousands. Hallaniyat Islands are an undiscovered diving region where you can expect everything!

What Our Guests Say